When it comes to training and sport specific activities, an athlete will increase human performance through endurance training, muscle loading and increasing neuromuscular communication. As a result, athletes tend to overuse their bodies, often resulting in chronic pain, inflammation and career ending injuries. But who is to say that does not apply to your average person just battling their way through the game of LIFE! Here at Genesee, we did not think we would make some crazy revolution by compounding organic hemp extract with a protein rich recovery bar that tastes amazing. We did however want to ensure that our product would help you on your journey to the top. Our grab and go bars contain 20 grams of complete, animal derived proteins and for the added kick, we included 5 milligrams of organic hemp extract and zero trans fat, just for you!

Athletes are now able to consume CBD products. But why? How will they benefit?

n more recent years it has become evident that the body’s endocannabinoid system plays a significant role in modulating neuronal and immune system activity. Cannabidiol (CBD) is a phytocannabinoid found naturally in the cannabis plant. Unlike THC, CBD is not psychoactive and multiple studies have been conclusive in the fact that it can be used to treat ailments associated with inflammation and pain. Although the research is constantly evolving, the direction is pointing towards a new frontier in terms of holistic methods to treat pain and inflammation. CB1 receptors are found throughout the central nervous system, and other tissues. CB2 receptors are more often found throughout the immune system. CBD indirect interactions with CB1 receptors has a greater effect on the central nervous system, and CBD interacting with CB2 receptors has a greater effect on reducing inflammation and ultimately act to maintain homeostasis through the adaptive and innate responses of immunity. As an athlete, often time neuromuscular communication is overused, causing central fatigue and muscle damage. CBD may act to facilitate recovery time at the cellular level. Studies of animal models have identified that transdermal (topical CBD pain salves) applications of CBD allow for the accumulation within the skin and skeletal muscle by indirect action on cannabinoid receptors, which are identified as receptors of both the immune system and central nervous system and play a major role in cytokine release, an important step in the inflammatory process. A recent study explained that results of a chemical analysis of the spinal cord revealed that dose dependent reductions in pro-inflammatory markers were seen within the spinal cord after administering topical CBD over four consecutive days, Hammell et al., 2016.  Data would suggest that transdermal CBD and oral tinctures application have therapeutic potential for relief of pain associated with acute and chronic inflammation without evident side effects. Although more research is needed to prove this application in humans, animal models have shown strong evidence to believe that CBD may indeed provide a very potent transdermal (topical) pain relief with anti-inflammatory properties.

Studies have shown cannabis can be effective in reducing pain, including musculoskeletal pain from exercise, as well as stiff joints induced by exercise and sport, Halawa et al., 2018. Despite the lack of conclusive amounts of evidence, due in part because of federal regulation disabling more research in the U.S, CBD does appear to relieve pain effectively for many athletes. Inflammation can be good for athletes and help stimulate positive training adaptations. You can really look at inflammation as a good physiological response to a bad situation. Inflammation typically characterizes that the body is addressing trauma to the area, specifically muscle in athletes and facilitating growth (Hypertrophy). Too much inflammation hinders recovery and hurts performance. There are CB2 receptors in both the brain and periphery, but they are more concentrated in immune tissues. Cannabinoids interact with CB2 receptors, which seem to have an anti-inflammatory effect by reducing cytokine (cell messengers) production locally, Nagarkatti et al., 2019. In other words, CB2 receptors help tone down the response and excitability when your immune system is triggered after intense bouts of physical activity, Booz et al., 2011.

Athletes traditionally consumed over-the-counter non-steroidal anti-inflammatory drugs (NSAIDs) like ibuprofen (Advil) for decades. However, recent evidence has advocated for the dangers imposed on the Kidney’s when you consume them in excess. Long-term or frequent use of NSAIDs may also increase your risk for heart attack and stroke caused by embolism. Some athletes have found the pain relieving effect of CBD can reduce or eliminate their use of NSAIDS for exercise-related pain and no documented deaths from cannabis or cannabinoid-based products have ever been recorded.

According to the CDC, in 2017 prescription medications were involved in more than 70,000 deaths in the US. Of those deaths 67.8% were Opioid pain medications (i.e. morphine, codeine, oxycontin). A significant increase since the release of 2015 CDC statistics. These drugs are highly effective for pain management, but have a significant risk involved in taking these drugs for any duration of time. Cannabinoids are not as effective as opioids for relieving acute, high-intensity pain, but may be effective for long-term pain management without any side and adverse effects associated with it.

Inflammation in the small and large intestines causes a lot of discomfort. GI distress is one of the leading causes for endurance athletes to drop out of races. CBD will not solve stomach problems caused by dehydration and overheating, that’s a different battle. Cannabidiol (CBD) appears to be a very promising compound because of the anti-inflammatory effects. Investigators have explained the results of a study that indicated CBD is a potent compound that is able to modulate gut inflammation, although the mechanisms are poorly understood, specifically the action between the central nervous system and the gut, Filippis et al., 2011. This may have future implication that may enable future research to confirm these findings. Individual recommendations have caused numerous case studies to point in a positive direction for the application of cannabis and gut health.

Currently around 25% of the American people experience sleeping issues such as insomnia. Additionally, research has shown that people with chronic insomnia are more likely to develop or have depression and vice versa. Getting quality sleep is one of the most effective ways an athlete can achieve greater gains and is equally as important as the training itself. On an individual basis, athletes who consume CBD report improved sleep quality and duration. One potential reason for this could be CBD inhibiting the reuptake of adenosine, Rodriguez et al., 2009. Adenosine triphosphate (ATP, Body Fuel) breaks down as your body burns substrate (Protein, Fat, Carbs) for energy and adenosine gradually accumulates in the brain. More adenosine binding to neurons inhibits the release of neurotransmitters, slowing down neuronal activity, helping you feel calmer, and inducing sleep. By binding to the same receptors adenosine would bind to, CBD may inhibit adenosine re-uptake, which helps it accumulate more quickly and makes you feel tired. CBD may also have a potent anti-anxiety effects for some people, which can help them get to sleep and have more restful sleep by stabilizing cardiac rhythm during sleep.

It seems as though everyday you wake up to discover some new way to ingest CBD. Whether it is soft gels, vapor pens, super-food powder, pain salves, tinctures and everything in between, there is a way for almost all demographics to get CBD into the body. How you use it can also determine the potency and time in which the constituent activates the cannabinoids receptors. Vapor would essentially be the most immediate, due to the fact that once the cannabis diffuses through pulmonary capillaries and loads onto the red blood cells, it then  travels to the heart and up the carotid artery directly to the blood brain barrier enabling immediate and potent activation of the endocannabinoid system. However, it is still skeptical whether or not the product should be inhaled at all, due to the fact that putting anything in your lungs aside from air may have a negative impact on long-term health Edibles have to be digested, so they may take a bit longer than vaping. CBD Topical creams may also be quicker than edibles, but often times it may take a couple applications to allow CBD to cross the dermal layers of the skin and sublingual drops/tinctures are said to be the most rapid aside from the vapor.  CBD is now available in three different forms that are derived from many extraction methods. It is available in full spectrum, broad spectrum and isolate form. Full-spectrum allows extraction of the entire cannabis plant, which typically contains up to .3% THC (legally) and contains over 100 different phytocannabinoids which create that potent  ́entourage effect. Broad spectrum, similar to full-spectrum CBD (whole plant) but does not contain any THC, making it a little less potent and enables athletes that undergo routine drug tests to still reap the benefits of CBD. Isolate is the final form and is characterized as being just pure extracted CBD up to 99.8% which has been said to have therapeutic benefits, but not to the extent of full spectrum and broad spectrum formulas.

This part gets a little grey when it comes to prescribing a specific dose or giving recommendations. Currently, cannabis products are not regulated by the FDA therefore it is not very consistent when it comes to contents of the product and can be something that you really want to do your homework on before committing to a cheap product. Plus, just like any other individual human response, not one recommendation is going to produce the same results. Most CBD companies that sell tinctures bottle them in 30ml tincture bottles and the servings are geared towards 1ml/day, making each bottle about a month’s worth of servings, but again, this varies person to person and I have personally turned my months worth of servings into about 2-weeks for the benefits I am looking for.

Although CBD has created a ton of buzz along with some interesting science and testimonials to back it, the biggest challenge the industry currently faces is that there is still so much to learn about the science, formulations and delivery. Although CBD is removed from the banned substance list, there is still much caution for certain athletes due to the fear that a product may contain THC, when it says it does not. At this point, the benefits outweigh the risk and if it can steer people away from harder pharmaceuticals that have proven to be dangerous, then we can all rest a bit easier knowing that we are advocating and consuming a natural, plant derived product.

Happy Monday, happy November! With all the holida

Tomorrow, October 29th, we will be presenting Gene

With 20 grams of protein and 5MG of CBD per bar, G

Happy Friday!!! With the New Year, Genesee will

Happy Monday, happy November! With all the holida

Tomorrow, October 29th, we will be presenting Gene

With 20 grams of protein and 5MG of CBD per bar, G 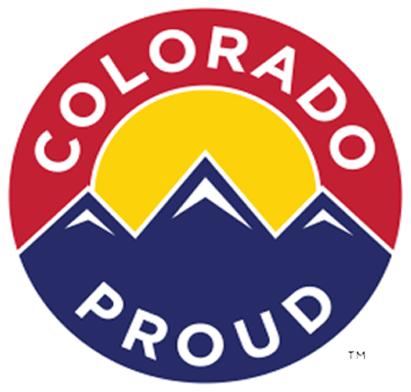